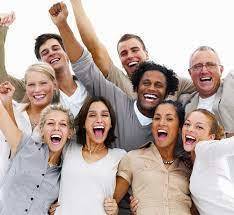 DECEMBER SUPERINTENDENT SOUP FOR THE SOUL

A curious term has been gaining traction and you may have heard it already, "toxic positivity". It’s a term being used to describe, in short, the “fake it until you make it” tendency of educators.

In an experiment in a book I read, they asked people to  take  the  time  every day  to  write  down  three  things  they  were  happy  for.    This was  something  they  expected  to  see  an  impact  from based  on  previous  research.    They  ended  up discontinuing  the  study  because  they  were  not  seeing  an impact  from  the  intervention.  They  investigated  why  they were  not  seeing  the  results  they  would  have  expected.  Upon  closer  inspection,  they  found  out  participants were  writing  the  same  three  things  down  every  day.    Put another  way,  lip  service  was  being  paid  in  order  to  get that  item  off  the  day’s  checklist.

In the failed experiment, an important component to this very common practice was revealed. It wasn’t the writing down a feel-good list of items that was important but rather the habit of searching their environment for something to be thankful for that was important.  So, what does this have to do with the notion of toxic positivity?

You might see this in some teacher appreciation events like “Orange You Glad it's Friday” where the workroom was decked out with orange snack foods.  Another example a teacher gave was being given the advice “Be More Awesome” when asking how to handle the mounting stress they were under.

These efforts fail for the same reason that simply telling a student they are good at math or showering them with other unearned heaps of praise fail to create excellent students.  They lack sincerity, and like the failed experiment, ring hollow.

I think the vast majority of us have gotten a “World's Best Teacher” mug at some point.  I would wager that unless this was given to you by someone who actually believed these words, it meant little. In the same vein simply being told you are appreciated means little if no substance accompanies the statement. Simply being told to take care of yourself means little if you don’t know how or even more likely don’t have the time.  Tackling these things with a smile doesn’t make your problems go away. Acting like it does is when positivity transitions into an unhealthy delusion.

In the research, it was showing that a mountain seemed 20-30% higher if the person assessing its height was going to try and climb it alone. Knowing someone is truly there to help you overcome the challenges set ahead of you does make the challenges before you just a little more manageable. Receiving a genuine thank you or even acknowledgment for making a difference in a child’s life does uplift your spirits.  Having a helping hand extended that really does help does make those mountains in our lives seem just a little more manageable.

Keep that optimism, just keep it grounded in reality and substance. Don’t heap on praise when it isn’t earned. The lack of sincerity and meaning will show.  Truly look for the positive, lend a helping hand, and search for real solutions. It's okay to be stressed, it's okay that you struggle, and it's okay for others to know that. Together we are stronger and together we can become stronger.